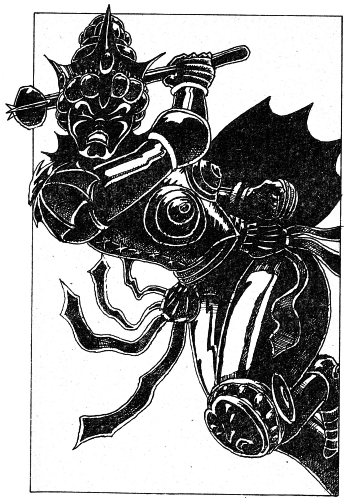 One might imagine that the powerful Chess Master can, if he so chooses, materialise the Black Queen and her 'chess army' into the living world to do his bidding.

Appearance
Built for battle, the Black Queen appears as a humanoid Knight* encased completely in ebon-black female plate armour, complete with a jet-black mace and shield. Her visor is sculpted to resemble a face from which her inhuman eyes shine white, topped by a spiked black crown (GD1 s70).


Note: No official statistics exist for the Black Queen, the above statistics are fan-generated.