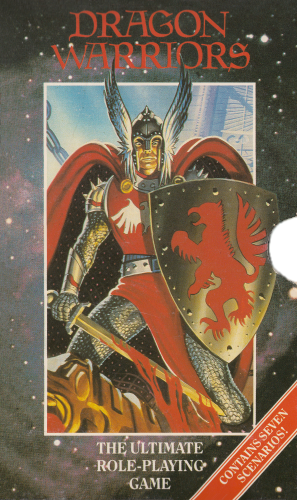 Basic Concept
Dragon Warriors is a fantasy role-playing game set in the 10th century of a medieval world called Legend, roughly equivalent to the Earth at the same time in its history. For a detailed description, see the Serpent King Games web site (link below). The game is known as "DW" for short to some enthusiasts.

Original Edition
The original series was published by Corgi Books in a small novel-sized format and emerged largely in the British Commonwealth in 1985 with the release of the eponymous Book 1 "Dragon Warriors" by Dave Morris, accompanied, often in a boxed set, by Book 2 "The Way of Wizardry" by Dave Morris and Book 3 "The Elven Crystals" (this third book, by Oliver Johnson, was dedicated almost entirely to adventure scenarios). Book 4 "Out of the Shadows" emerged after 1986 and provided tougher monsters for more advanced characters, and a couple of scenarios for the same reason.

The final two books - respectively Book 5 "The Power of Darkness" by Oliver Johnson and Book 6 "The Lands of Legend" by Dave Morris - both have publication dates of 1986, although in many people's experience Book 6 emerged after Book 4 had been released. Book 5 has somewhat legendary status in some quarters as it was quite rare to come by even when the other 5 gamebooks were all in circulation. The reason and breadth of this shortage of circulation remains to be debated. All of the books included scenarios as well as new additions to the rules - though less so in the case of Johnson's books.

The Authors
The principal authors, Dave Morris and Oliver Johnson, have their own entries on this Wiki. It is fair to say that Morris was the architect of the game, whereas Johnson was the creator of numerous scenarios based in Morris' gameworld. 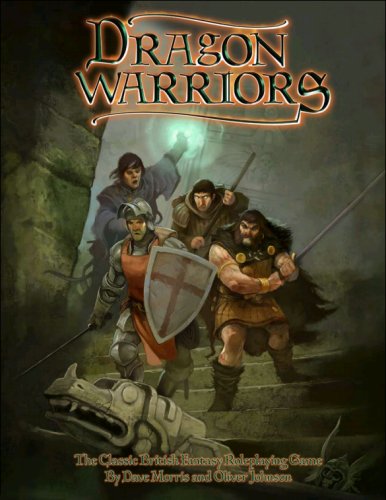 Revised Edition
Magnum Opus Press published a Revised Edition in 2008, which consolidated most of the rules material from the original 6 gamebooks into a single large format hardback "Rulebook" and an accompanying series of supplements called "Bestiary", "Sleeping Gods", "The Elven Crystals" and "Prince of Darkness". There have been some minor rule changes but on the whole they are highly compatible with the original so you might think of this edition as "Dragon Warriors 1.1".

The series was further expanded by Magnum Opus with brand new material in the form of three supplements called "Friends or Foes", "Fury of the Deep" and "In from the Cold".