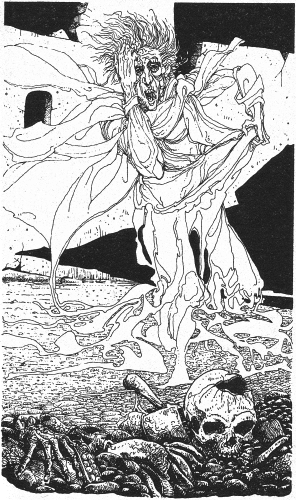 Ghosts occur in all the Lands of Legend, anywhere that people die a ghost may arise.

Whilst often a source of fear and terror, ghosts may also intentionally or unintentionally reveal lost or ancient lore and secrets.

The appearance of a ghost has a shocking effect upon the living; this is expressed as a Fright Attack.

Pocong
Ghosts which appear still wrapped in a white funeral shroud. As Ghost*.

Hantu Kubur
A general term for those ghosts that haunt the cemeteries. As Ghost*.